By now you’ve heard of data-over-sound and you’ve learned that it has limitless applications. But with any new technology also comes a new vocabulary required to fully understand how it works and how it can be applied to various use cases. Missed the first part of the series in which we went over the history of data-over-sound? Make sure you give it a read to set the stage for the second part of the series below.

Here is the key data-over-sound vocabulary that will get you speaking fluently about this new technology.

The science of producing, controlling, transmitting, and receiving the effects of sound.

A set of commands, protocols, and objects programmers use to create software or to interact with an external system. These are built from standard commands for performing common operations, simplifying the coding process. Operating system (OS) APIs are usually integrated into a software development kit (SDK) for the related program.

Sound is energy created by vibrations (kinetic energy) moving through a medium, such as water or air. When an object moves it vibrates, or oscillates. This regular motion moves outward, pushing against the particles closest to the object. Those particles bump into particles next to them, which causes them to vibrate and bump into still more particles. That motion is a sound wave.

Audio is the range of frequencies within human hearing. This begins at approximately 20 Hz and goes as high as 20,000 Hz. The threshold for hearing changes as people age. Adults have a lower maximum frequency, so by the teen years most people can’t hear sounds higher than about 18 kHz.

The intentional alteration of sound signals. Also referred to as audio processing. 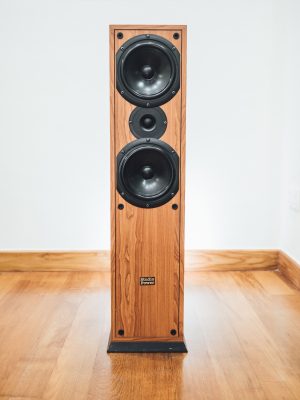 The process of modifying, encoding or converting the bits’ structure of data so that it requires less space. It is also known as source coding or bit-rate reduction.

The process of using sound waves to transmit digital data; sound waves are locally encoded and broadcasted from a device and locally decoded via another device or series of devices using speakers and microphones.

The process of using radio signals (radio frequency, or RF) to carry digital data from one device to another using radio transmitters, to send and demodulate data. 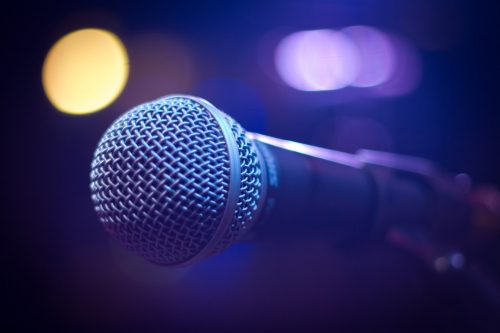 A unit of data made into a single package that travels a designated network path. Each uses an internet protocol (IP) transmission for data navigating the Web, and across other networks.

This is the speed at which data is transferred from one device to another; it’s measured in bits-per-second (bps or b/s). Eight bits are equal to one byte. Throughput refers to how much data can be transferred from one location to another in a given amount of time. It is used to measure the performance of hard drives and RAM, as well as Internet and network connections.

The interval between a signal being sent by one device and received by another device.

The science of using computers to understand and generate numerous types of digital data. This process encompasses a wide variety of activities: filtering, speech recognition, image enhancement, data compression, neural networks, and much more. As it relates to transmitting data-over-sound, these activities include encoding data into an audio signal and decoding the data in order to extract it from the audio signal. 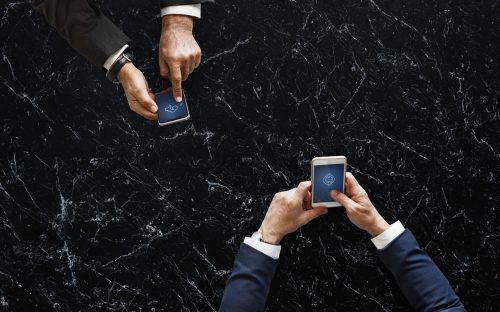 A two-way transfer of data that happens simultaneously. It is also the capability of a device to broadcast and identify multiple audio signals at different frequencies simultaneously.

The capability of a device from one manufacturer to identify, connect with, and share data from any other manufacturer.

The range of radio waves that is used for communications transmission and broadcasting. It’s used for AM radio, FM radio, radar, LAN/wireless networks, and more.The range is 3 kHz to 300 GHz. Although RF stands for the rate of oscillation of the waves, it’s become synonymous with “radio” or wireless communication.

A proprietary, near-ultrasonic protocol (14kHZ – 20kHZ); created by LISNR in 2012, the term identifies the stream of audio that transmits data using an audio signal.

A set of programs used by a computer programmer to write applications.

The creation of a unique number for each transaction (the token) that’s used in place of an individual’s personal information for verification purposes.

Ultrasound is acoustic (sound) energy with a frequency above the human hearing range. The highest frequency that the human ear can detect is approximately 20,000 cycles per second (20 kHz). This is where the sonic range ends and where the ultrasonic range begins.

Ultrasonic is the characteristic of having audio frequency above the range humans can hear.

Those are the key data-over-sound terms that you need to know to begin figuring out how you can use sound to solve core business challenges. Want to learn more? Get in touch with us here at LISNR.